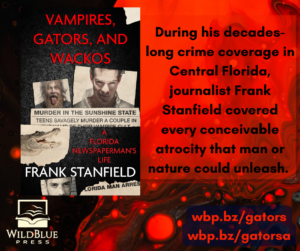 My cousin just emailed me a photo that she described in the subject line as “sad.”

Devastating would be a better word.

My grandparents’ beautiful old house, which had survived generations of winter storms roaring across the Illinois plains, kids running up and down stairs, and farmers shaking off dust and slamming screen doors, has been abandoned and is in ruins.

The house, built more than 100 years ago, was a huge, two-story architectural curiosity, with a wide porch zig-zagging around the front and other quirks. The woman who had the house built was crazy, so the story goes.

Drafty in the winter, hot in the summer, it was throw-back to the 19th Century. They lived so far out in the country they couldn’t get phone service until the 1960s. Indoor plumbing, when it finally came, was viewed as the best invention ever. But the place was a child’s paradise, with a fishing hole, woods and a creek. At night, we ran through the yard catching fireflies in a jar, a kid’s version of lightning in a bottle.

My grandparents and dad are no longer around to see the remains of the house, though two aunts are still living.

The family sold the place some time ago, along with the barn and several acres of lush farmland, but new generations moved in and stayed until a few years ago.

Thankfully, termites and harsh weather can’t destroy memories. Today, a whiff of hot yeast rolls whisks me back to the kitchen where my grandmother baked them on a wood stove.

I’ve been re-reading Kurt Vonnegut’s “Slaughterhouse Five” novel for the first time since the 1970s. It features a World War II POW survivor who magically gets “unstuck in time.” One minute he’s back at the site of the devastating Dresden bombing, and the next he is in the present in his optometrist office. He is also taken captive by aliens in a space saucer.

It is Vonnegut’s very clever way of dealing with his own traumatic memories of the war, a fictional escape, where you can get “unstuck” or beamed up to another planet.

It resonates with me because I have an unpublished novel about a vet who has post-traumatic stress disorder, and friends who suffer from it.

Stories, maybe especially the traumatic ones, must be told, or people might explode with angst.

I have been a journalist for 40 years and people tell me their stories. I have written three true-crime books. On March 29, an updated version of “Vampires, Gators and Wackos, A Florida Newspaperman’s Life” comes out.

Just a few months ago, my latest work was published, “Cold Blooded, A True Crime Story of a Murderous Teen Vampire Cult.”

My mother, who is about to turn 94, says, “I must have lived a sheltered life. I never knew such things existed.”

She is living in a memory care home now, where she is being well cared for, but increasingly stuck in time. There are moments, however, when she looks at a framed black and white family photo on her dresser. Everybody is standing on that sprawling porch and smiling at her as she takes the picture. Sometimes, when she looks at the picture, she catches a fleeting memory like a lightning bug in a jar and gets unstuck in time.